At the Eurographics 2021 conference, the Computer Graphics and Virtual Reality Lab (CGVR) of the University of Bremen won the public voting award for the best poster. The poster “Fast and Robust Registration and Calibration of Depth-Only Sensors” presents a newly developed, fast and robust registration method that is used in the SmartOT project.

In the case of non-contact tracking using cameras, the problem of obscuring the area to be observed exists in principle, irrespective of the respective technology and the area of application of the depth cameras, which is why in many cases several cameras record the scene simultaneously from different angles. To be able to combine the recordings of several depth cameras into a common point cloud, a registration (also called extrinsic calibration) is necessary.

For this purpose, the CGVR group developed a new, fast and robust registration method for depth-only cameras, which was used for the produced images of real operations but will also be used in the future in the real prototype in the Living Lab of the Pius Hospital in Oldenburg. The registration procedure was submitted in February 2021 at Eurographics 2021 in the form of a poster called “Fast and Robust Registration and Calibration of Depth-Only Sensors”, where it won the public voting award for best poster in May 2021. A full paper submitted at Cyberworlds 2021 entitled “Fast and Robust Registration of multiple Depth-Sensors and Virtual Worlds”, which goes into more detail and evaluates the developed method, was recently accepted, and will be published in the near future.

The developed registration procedure is not only beneficial for the SmartOT project but is also used within the VIVATOP project. 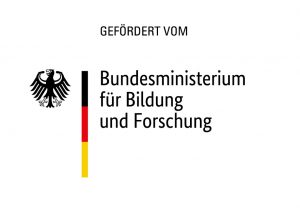